Miniatur Wunderland, Bruges, and across the Channel 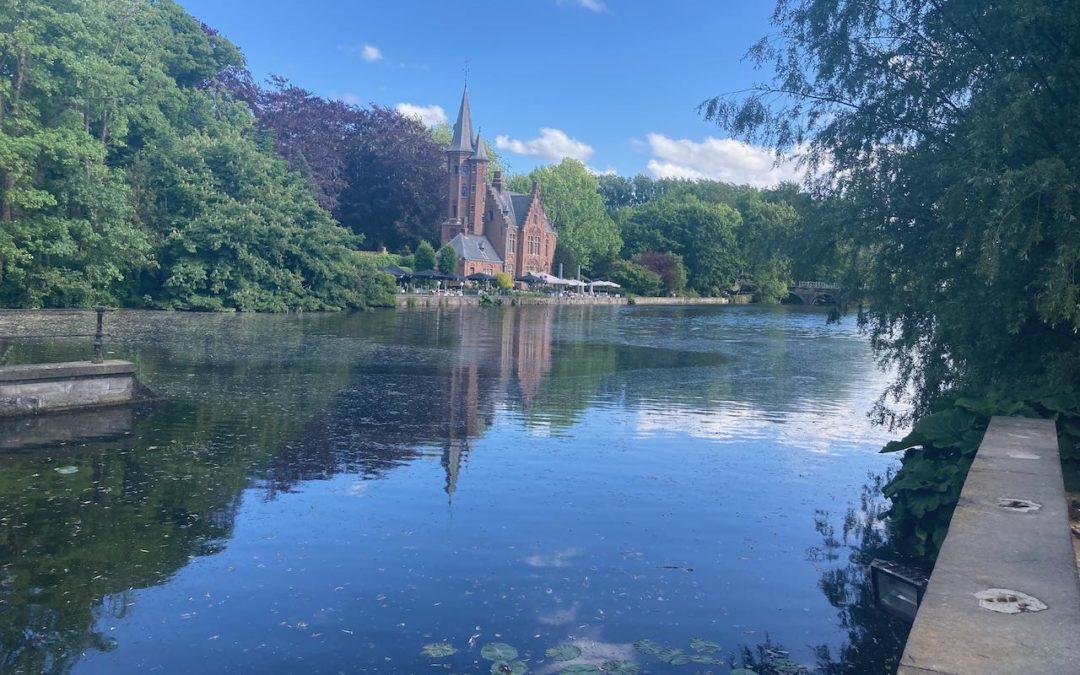 The first time we visited Miniatur Wunderland was in 2018. We spent something like fourteen hours there, marveling at the incredibly detailed models of various cities and locations worldwide. We didn’t spend quite as much time this time around, but we did enjoy some of the new attractions, including a model of Rio De Janiero, which we visited on our Pan-American trip. Quinn particularly enjoyed a VR experience where you shrink down to HO scale in virtual reality and wander around in the model.

Miniatur Wunderland holds several world records, one for the longest melody played by a model train. Who knew such a thing even existed?

If you’ve been reading this blog regularly, you know that we’re coming up against the limit of our 90-day visa to Europe, and that’s been keeping us moving pretty quickly. We’re now within a day’s drive of Calais, where we’ll take the Chunnel across to the UK, ending our visa worries. We had a few days to spare, so we decided to spend a couple of days in the towns of Deventer in the Netherlands and Bruges, Belgium. In Deventer, we camped in a crowded campsite across the river from town. We were able to take a ferry across to enjoy the scenic town center. 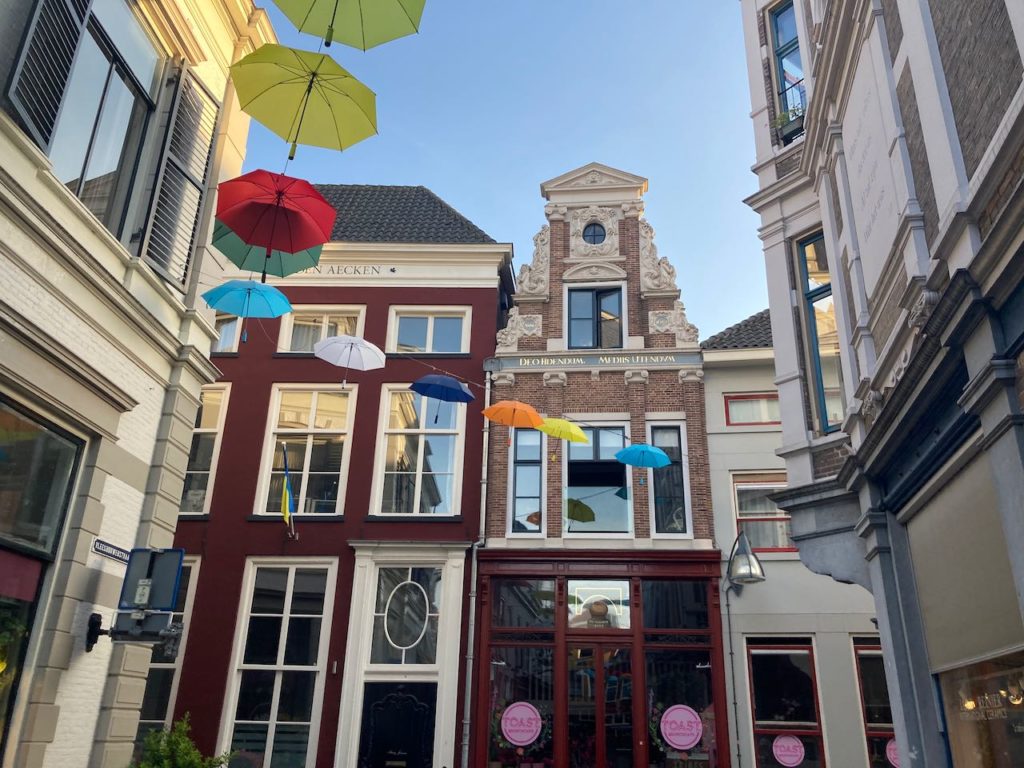 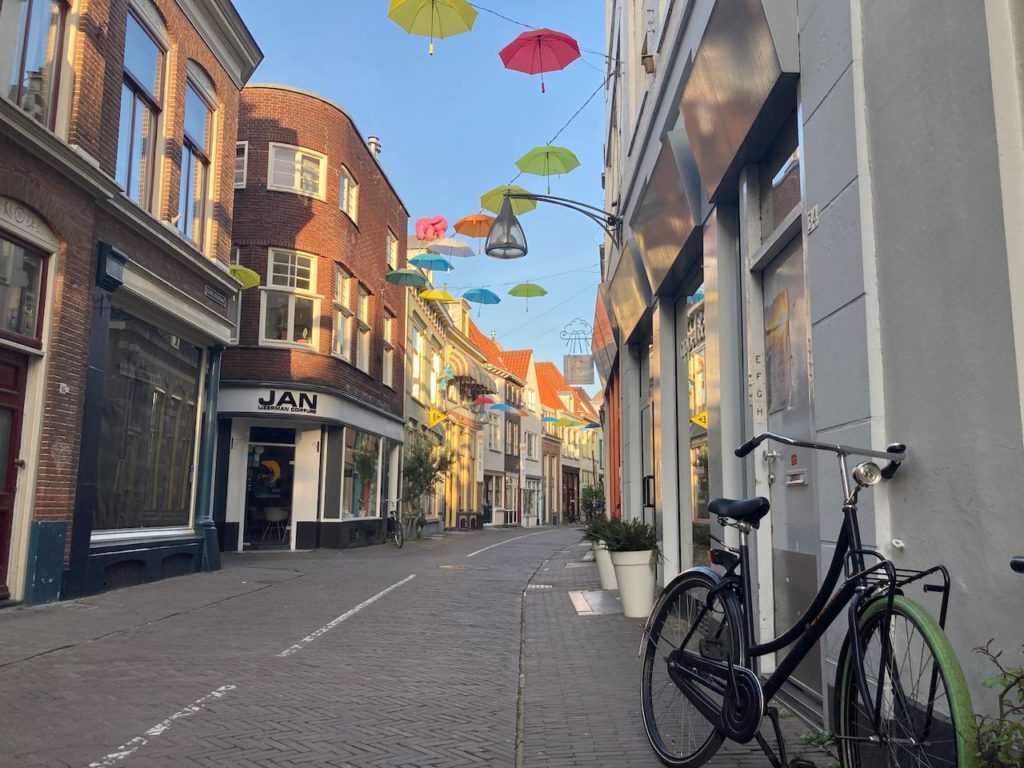 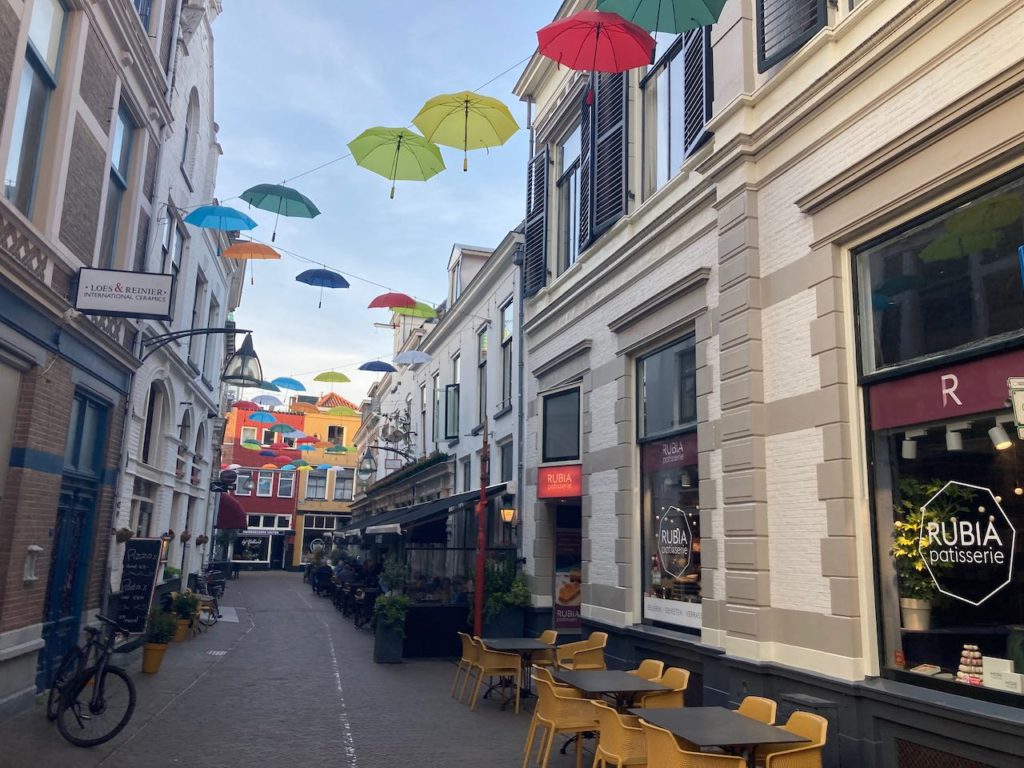 What you’ve heard about the Netherlands is true — everyone has a bike, and there are always people riding about. We saw parents picking up their kids from school on bikes, people commuting to and from work on bikes, getting groceries on bikes, you name it. They have a wide variety of bike designs for various purposes. Our favorite was the pickup truck bike, which can haul lots of groceries or kids.

To go along with the bikes, they also have excellent bike infrastructure. Except on the motorways, cars take a back seat to bikes. There’s a single lane for cars to share on many roads where the pavement is wide enough for two car lanes and two bike lanes on either side. There is also a vast network of dedicated bike paths, and you can always get into a city center on a bike path without contending with cars. At least in the area I was riding, they had a great system set up with maps at key intersections. Each location was numbered, and you could find the number you wanted to go to on the map. The paths and roadways have signs indicating how to get to the different numbers. Google maps are not required! 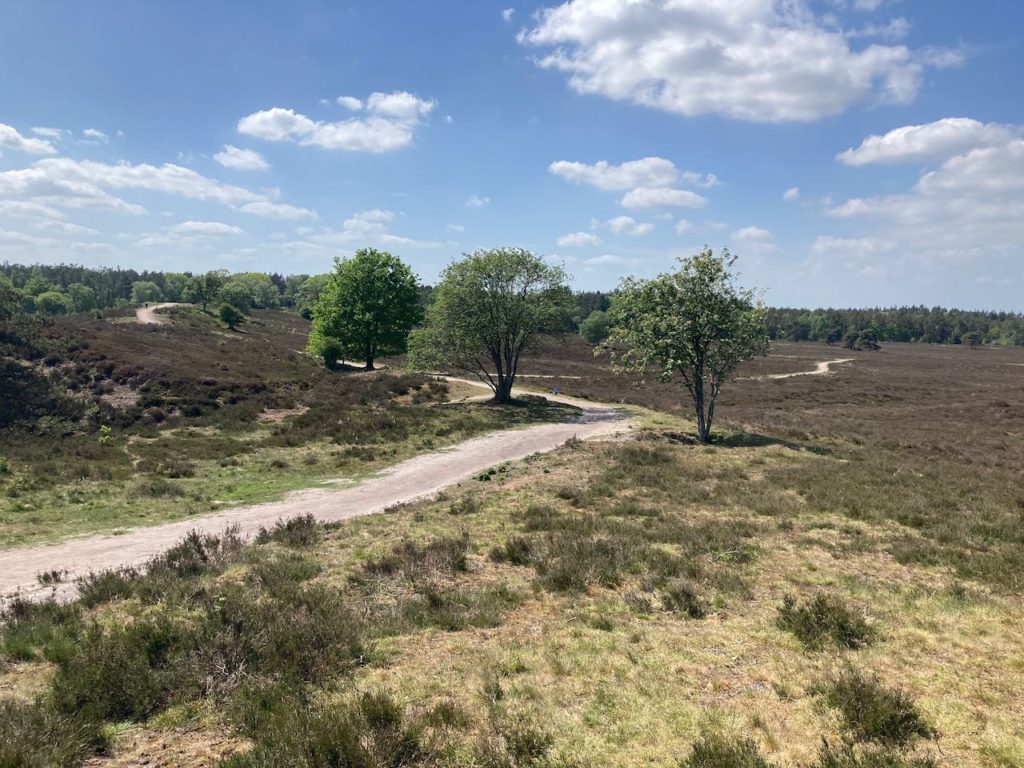 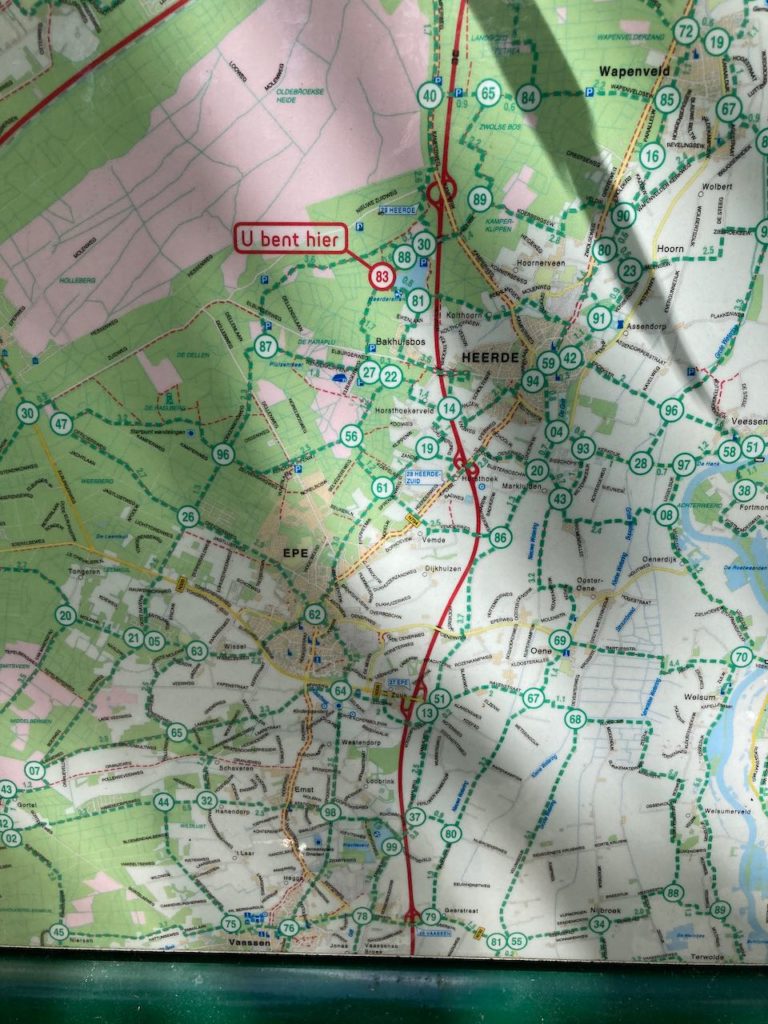 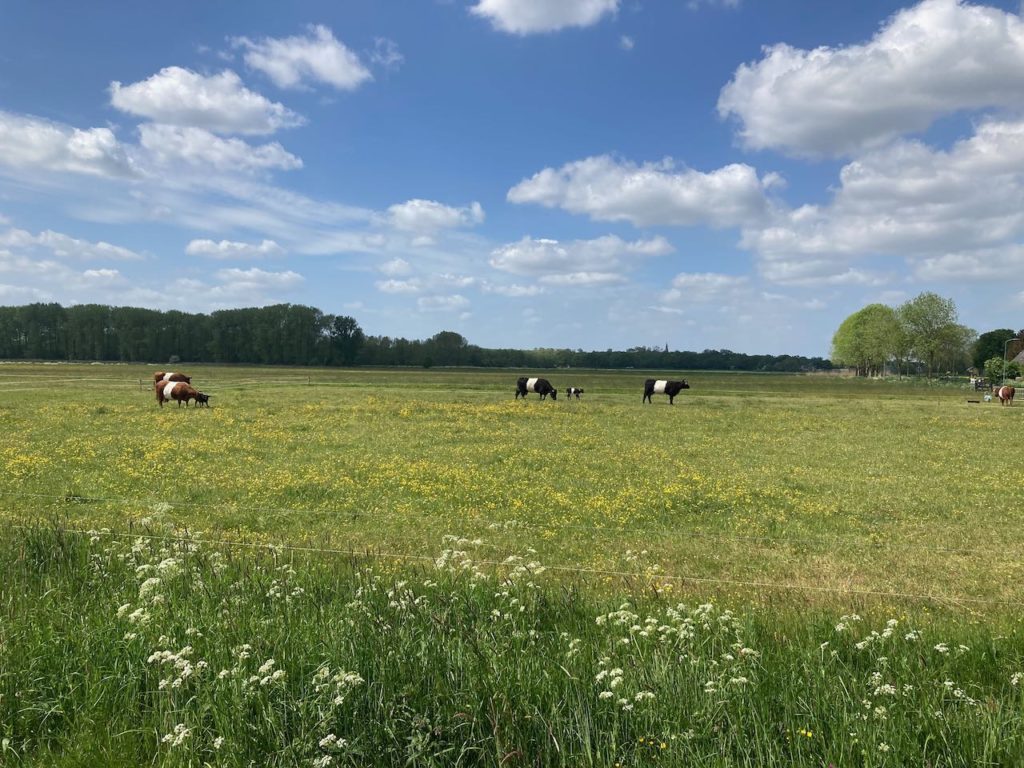 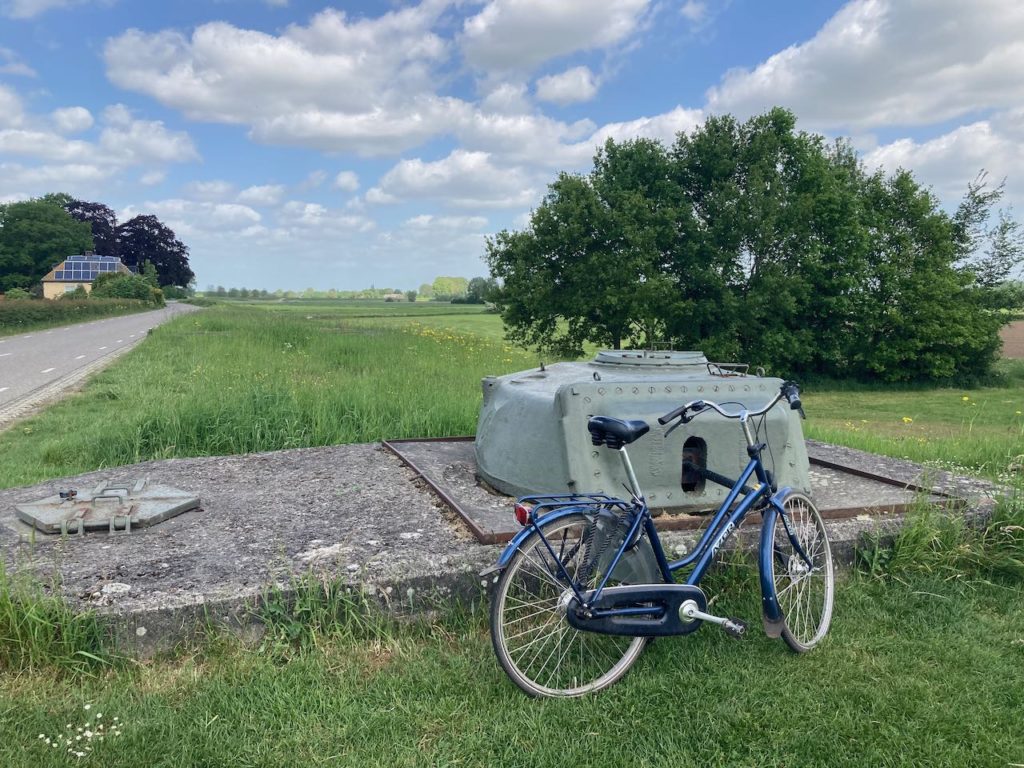 Our next stop was inspired by Kathy, who had visited there before with Henry. It did not disappoint! We made our own chocolate and enjoyed a boat tour of the city’s canal system. 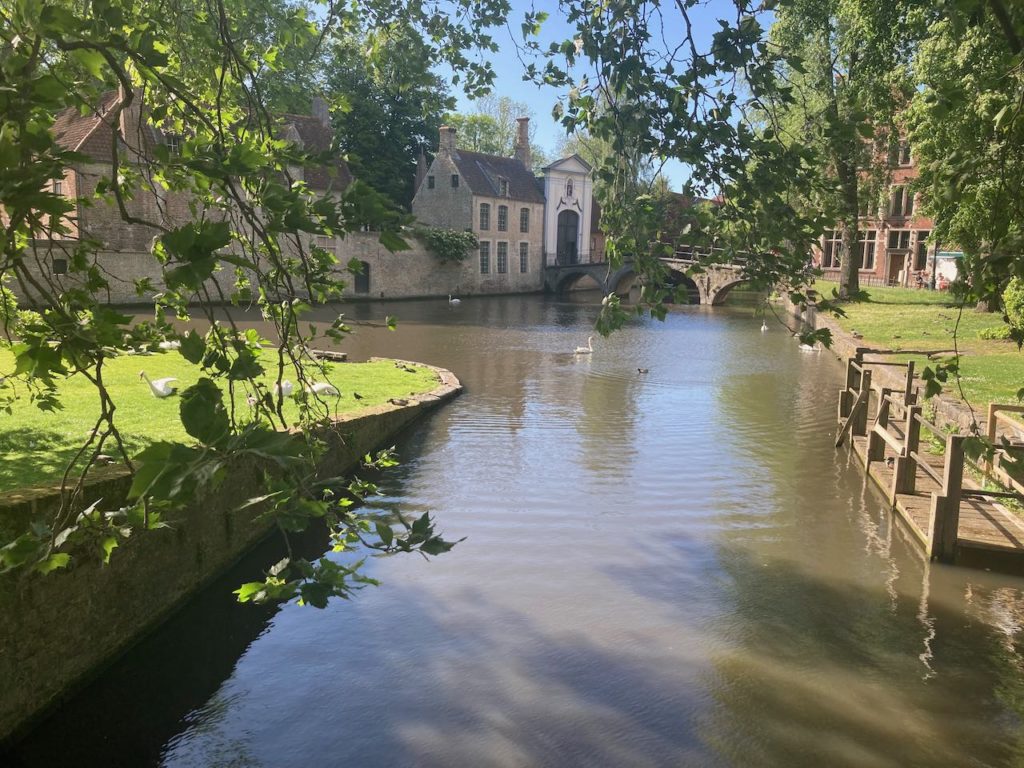 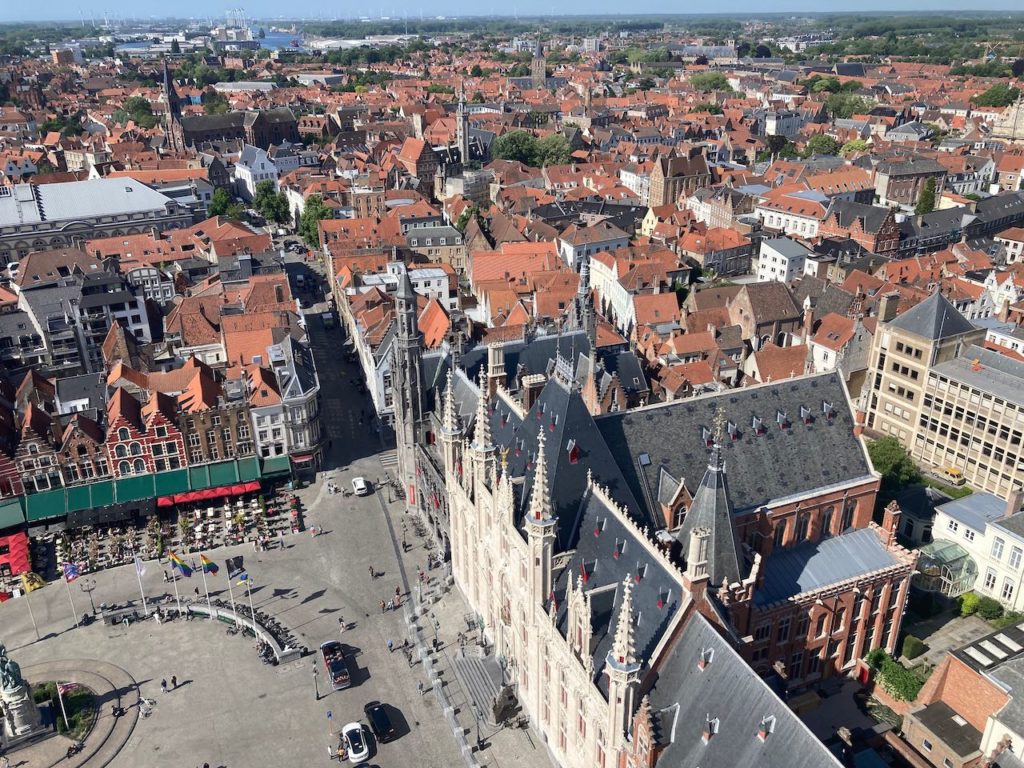 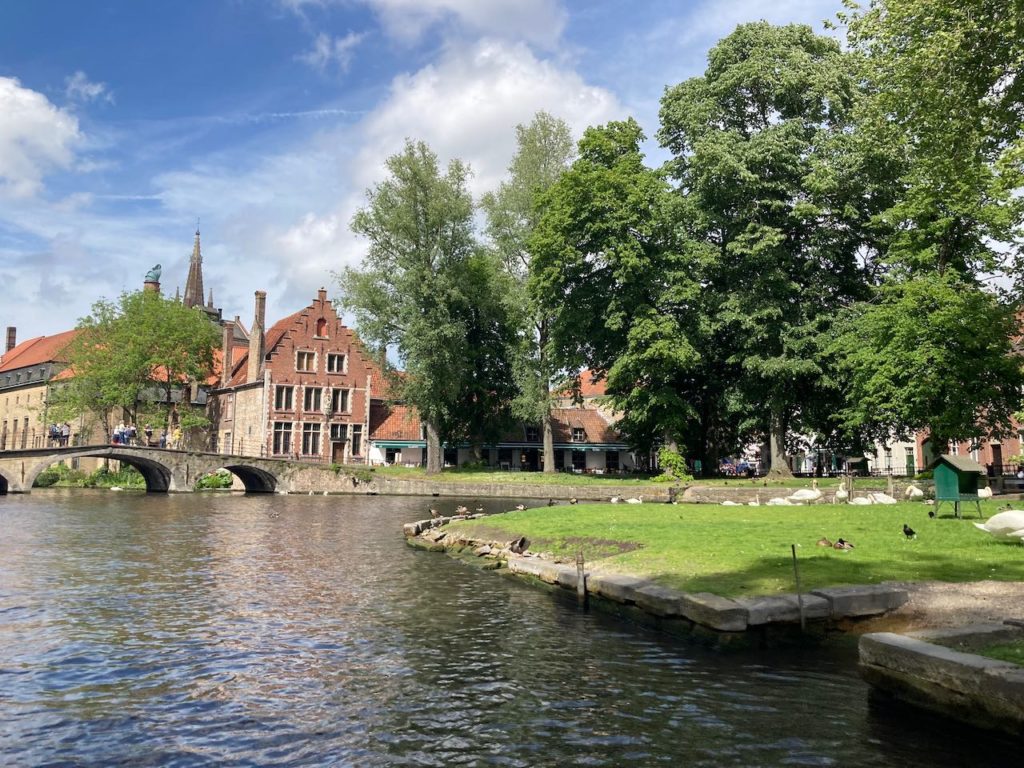 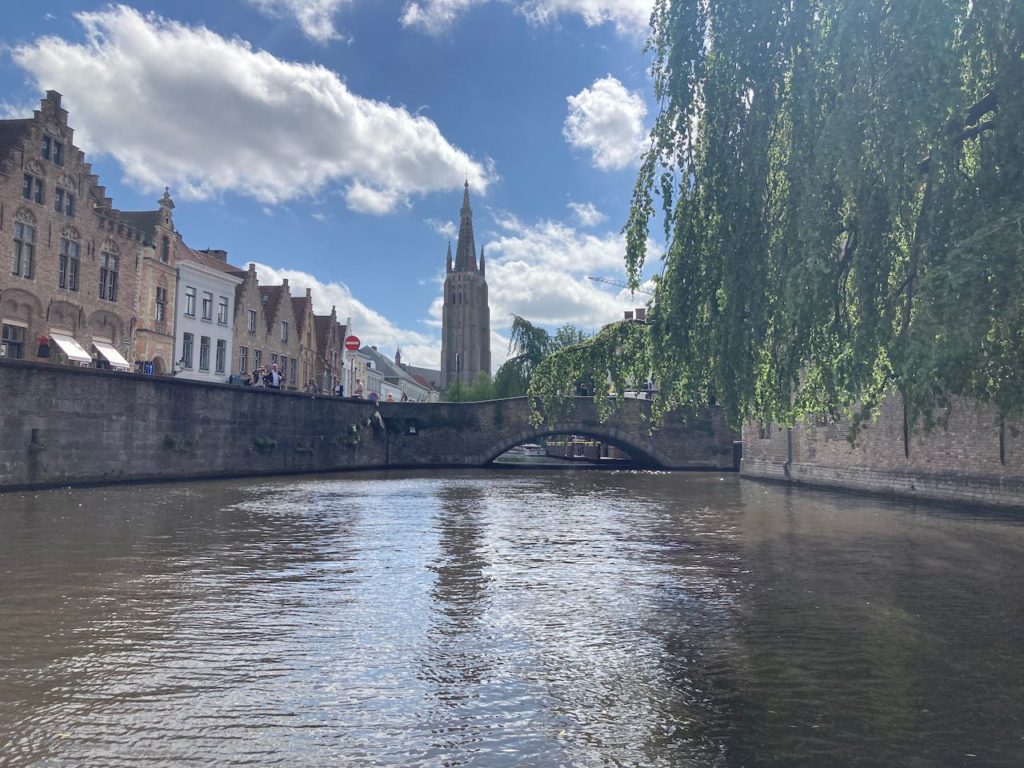 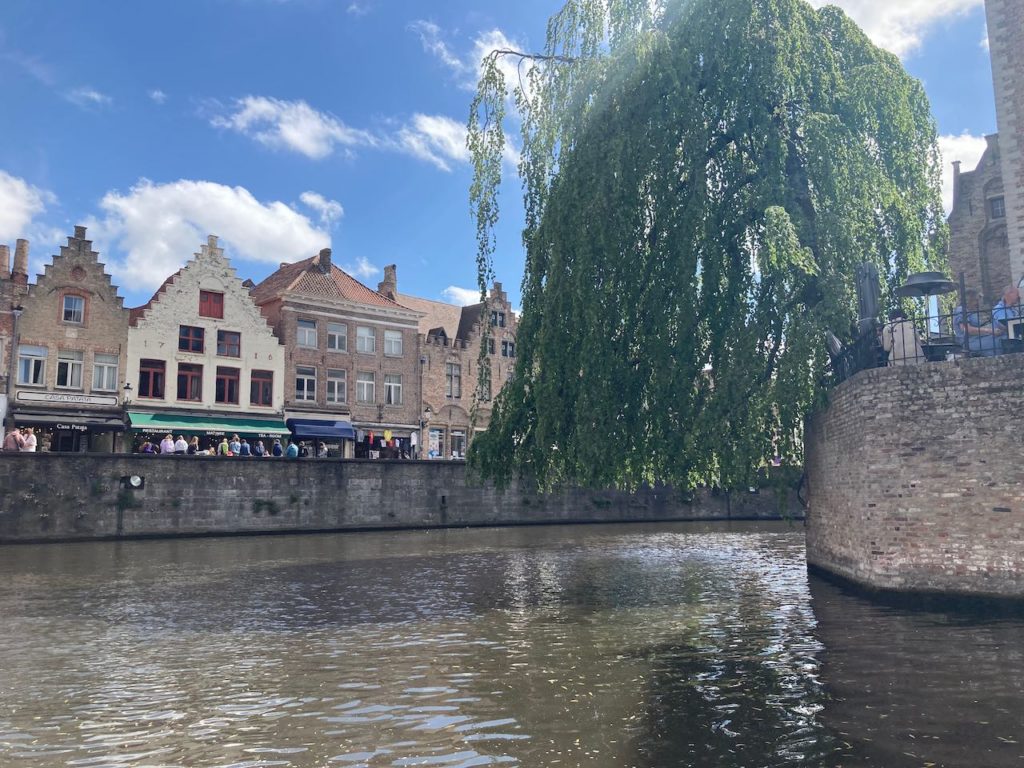 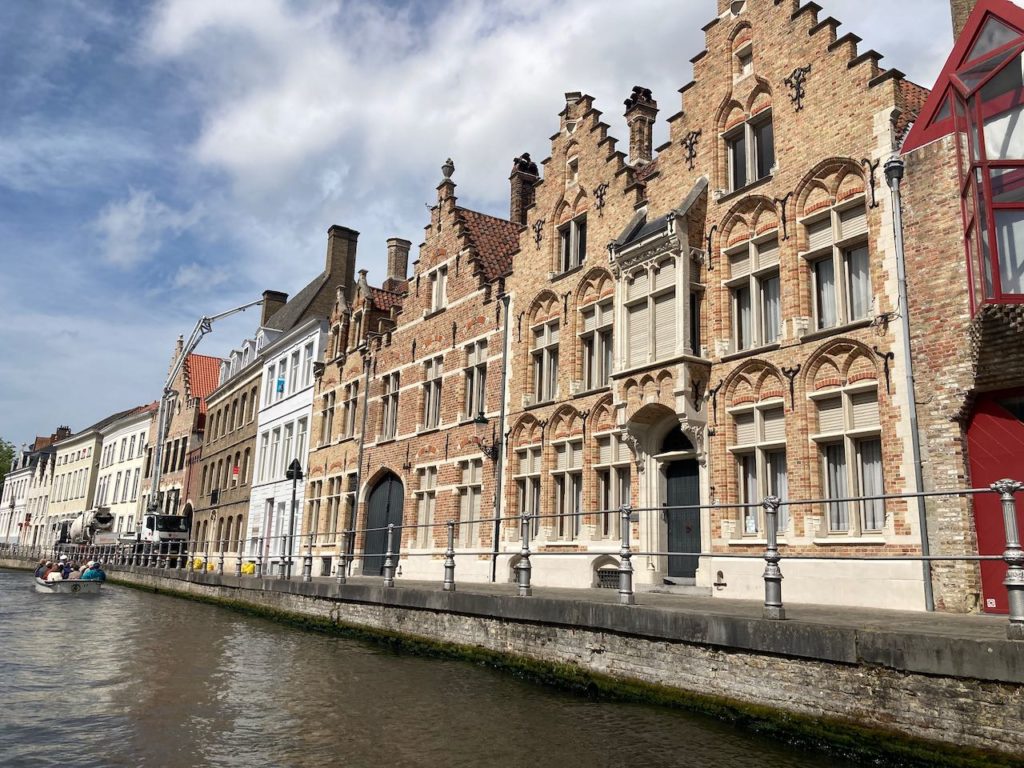 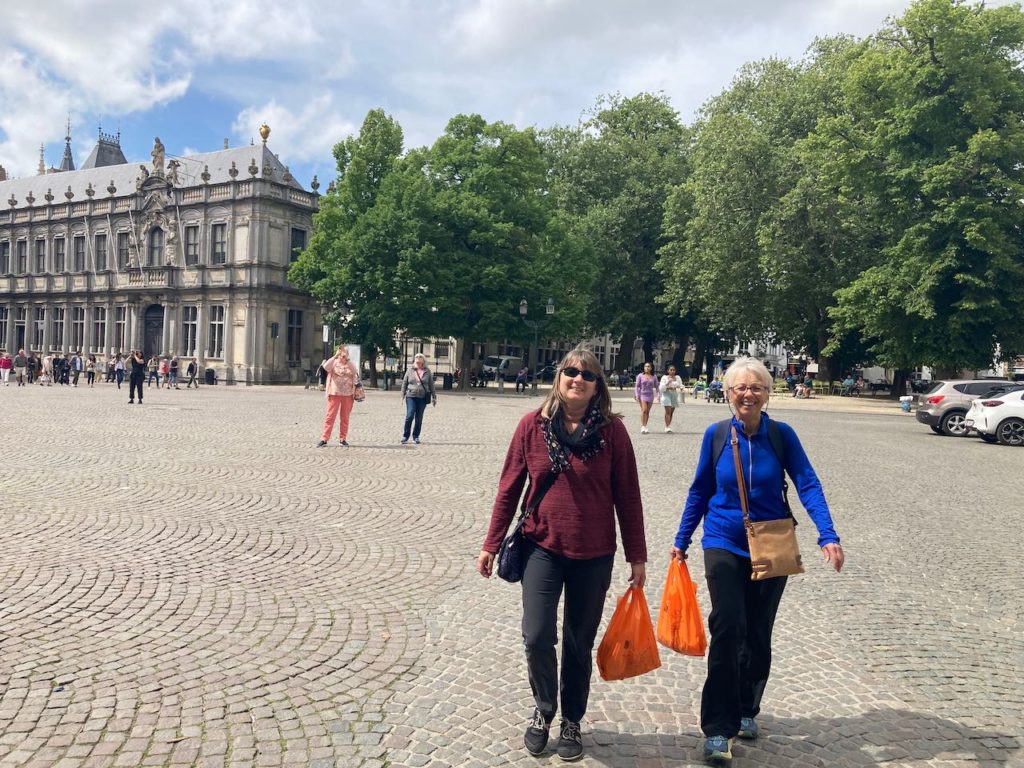 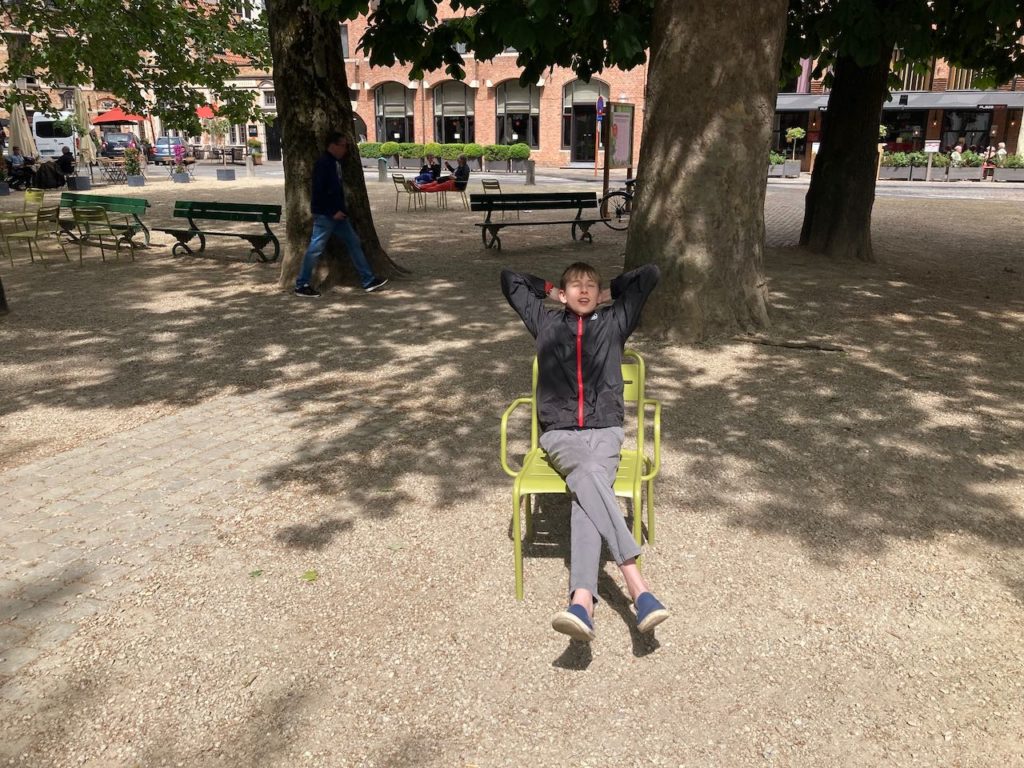 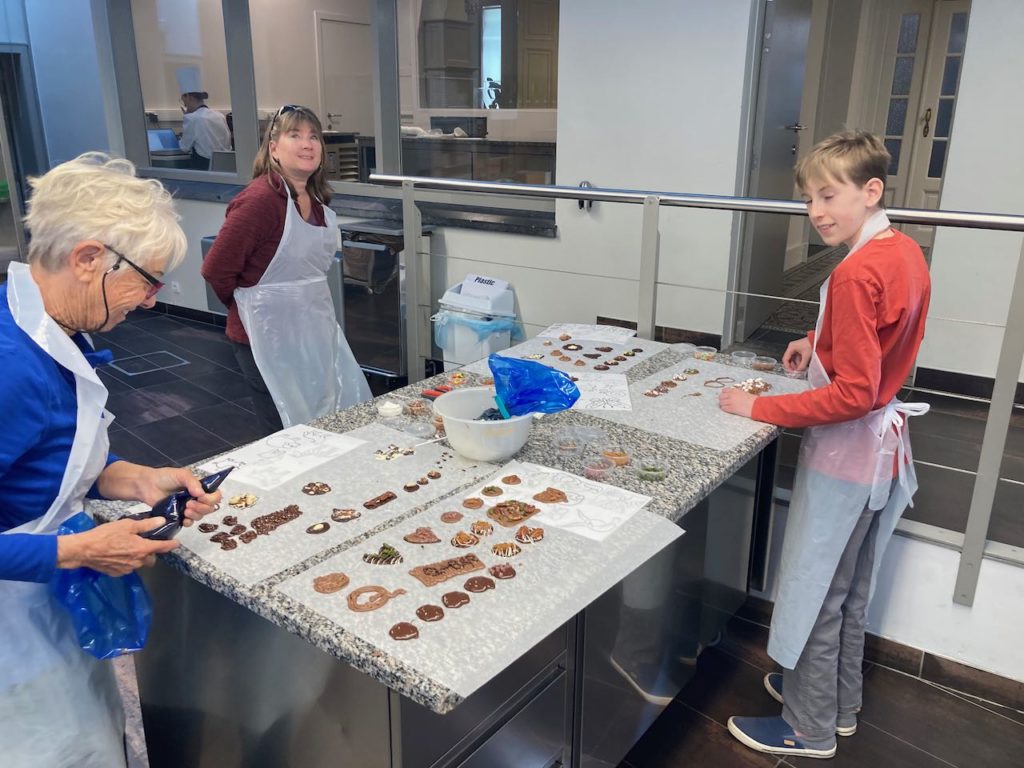 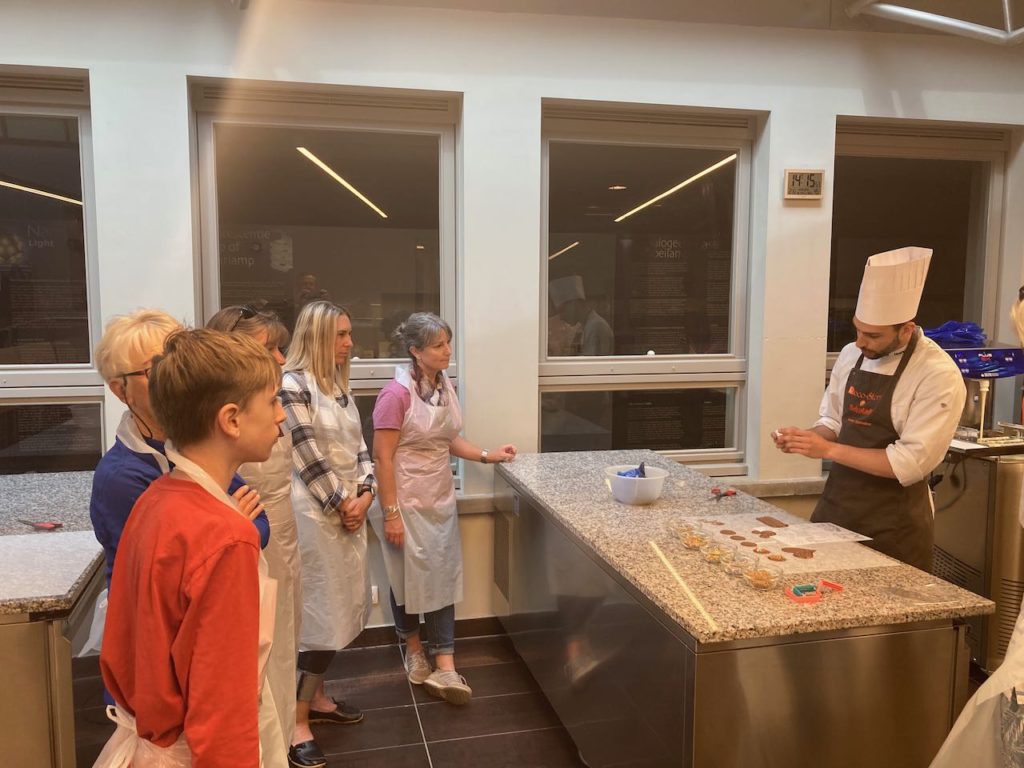 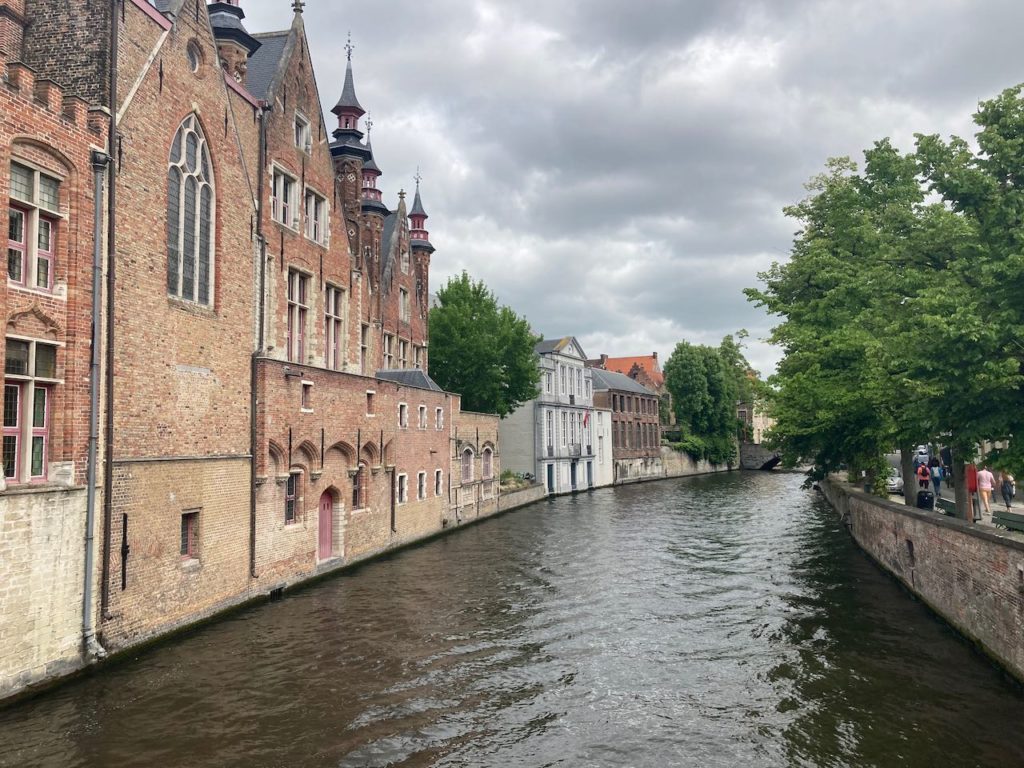 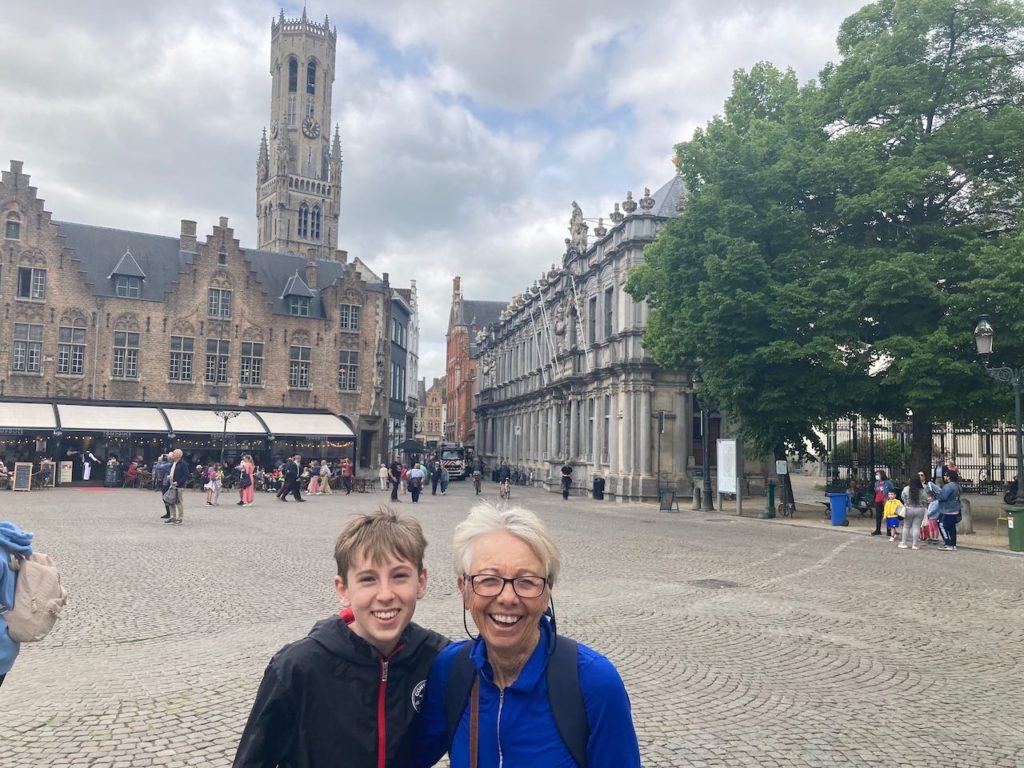 One highlight was a climb to the top of the medieval bell tower, where a 9-ton player piano was installed to play melodies that ring out across the city every fifteen minutes.

Tomorrow we head back to France briefly, just long enough to swap out an empty propane cylinder, buy duty-free wine, and take the Chunnel underneath the English Channel to the UK!