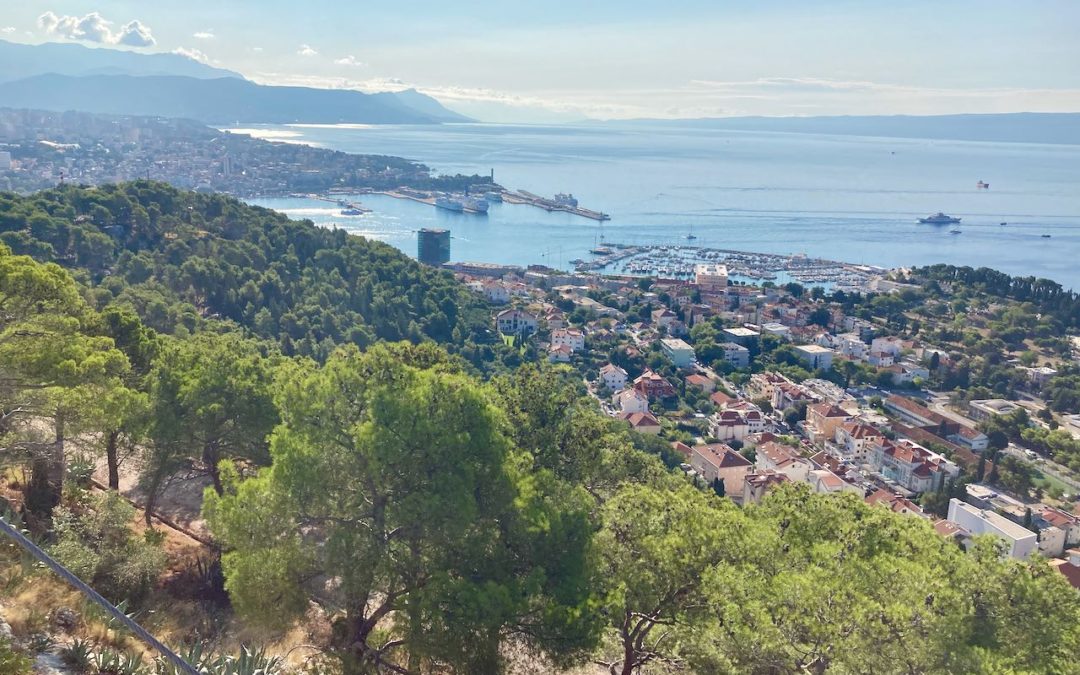 August has turned into September, and we’re looking forward to cooler weather and thinning crowds as we head into shoulder season on the Adriatic. Meanwhile, we’ve been making the most of our time in Split. Here are a few of the highlights from the past 3 weeks.

The closest beach to our house is essentially a huge public pool that’s open to the sea. It’s surrounded by a concrete deck except for a short section of sandy beach, and there are lounge chairs, umbrellas, restaurants, and cafés surrounding it. It was one of our first outings, and it also makes a great quick workout – walk 5 minutes, swim 250m across the bay and back, shower off and walk home! In the other direction from our apartment is the “Riva,” an oceanfront promenade stretching from the ferry terminal to where the luxury yachts tie up.

One of the first organized activities we signed up for was a sunset sea kayaking tour. This was perfect because we were still in the throes of jet lag, so an evening activity was just what we needed. We took an Uber to the northern side of Split’s peninsula and met up with our group for a nice 4-hour paddle along the base of the Marjan forest park. Before turning back we got to stop at a beach and do a bit of swimming, snorkeling, and cliff jumping.

The next weekend (because we work during the week) we decided to take a break from the beach and head inland a bit to taste some olive oil. Our guide, Marin, took us to his farm which has been in his family for 14(!!!) generations. He showed us the terraced fields that his ancestors created to grow grapes, almonds, olives, figs, and other Mediterranean delicacies. Here’s his take on how to identify a good olive oil:

Just to the west of the city of Split and about a 10-minute walk from our apartment is Marjan Forest Park, a forested hill containing beaches and hiking and biking trails. It’s the weekend playground for Split residents. Jen and I spent an enjoyable weekday morning hiking over the hill and out to the end of the peninsula, capped off by a coffee at Joe’s Beach Bar.

The next weekend we hopped on a ferry and headed to one of the islands off the coast. The ferry trip lasted an hour and dropped us in the seaside town of Bol. Witt and Jen took off to climb to the top of Vidova Gora, the highest mountain on any of the Adriatic islands. Meanwhile, Quinn hung out with Kathy and ate a lot of ice cream while they visited a nearby beach.

Apparently, it was “Yacht Week” that week. While we were in Bol, 15-20 nearly identical catamarans showed up over the course of the day and tied up five deep to the pier. They flew flags of various nationalities, and we learned later that this is something that European kids do during the summer. Partaaaay!!!

We capped off the day hanging out in Bol enjoying some wine and watching the yachts come and go.

Split got its start 1700 years ago when the Roman emperor Diocletian decided to build a retirement villa here. Almost two millennia later, the palace is one of the bigger remaining Roman sites in the world (and a UNESCO site), placing it firmly on the Mediterranean cruise ship itinerary. The palace which is maybe about 500 feet square was originally designed with opulent living quarters for the retired emperor, his mausoleum, and staff quarters. In the middle ages it was extensively and repeatedly remodeled and divided up until today it’s a fascinating warren of tiny alley ways sporting bars, restaurants and shopping. Being the main attraction in town it’s very crowded, but it’s fascinating nonetheless. 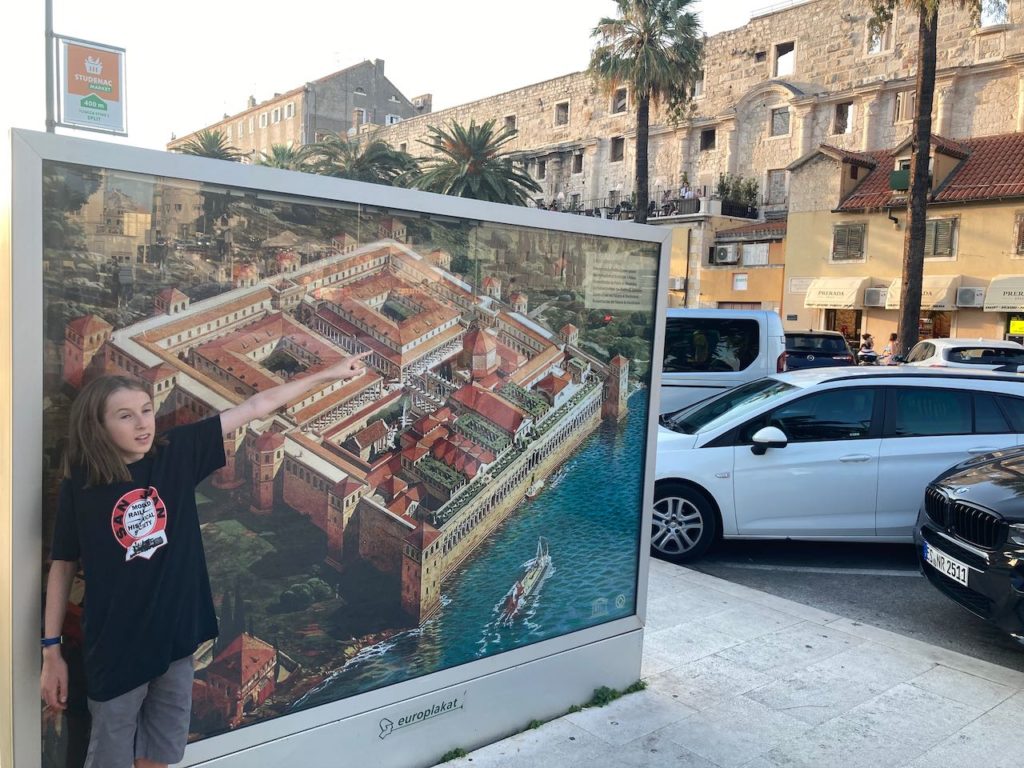 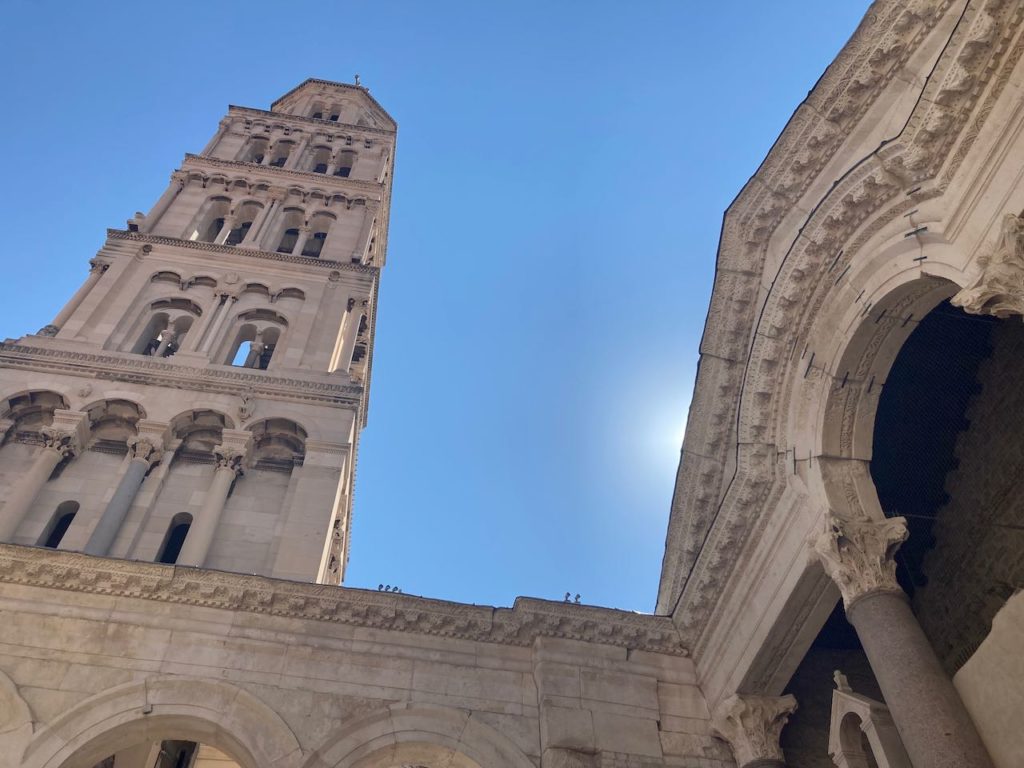 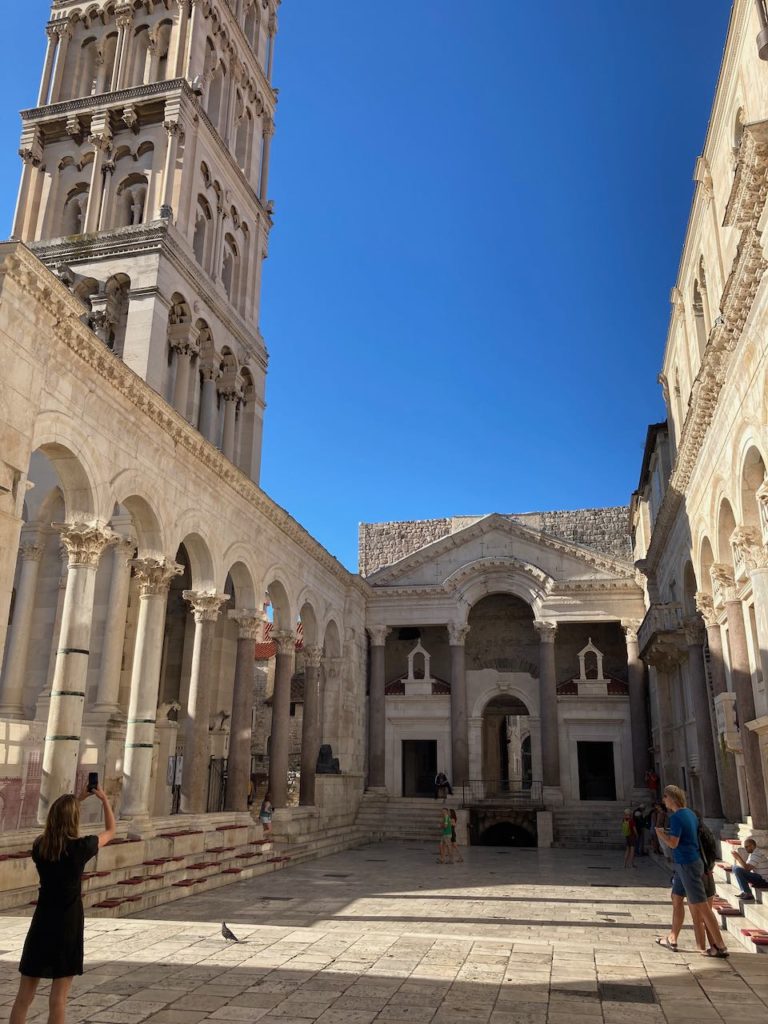 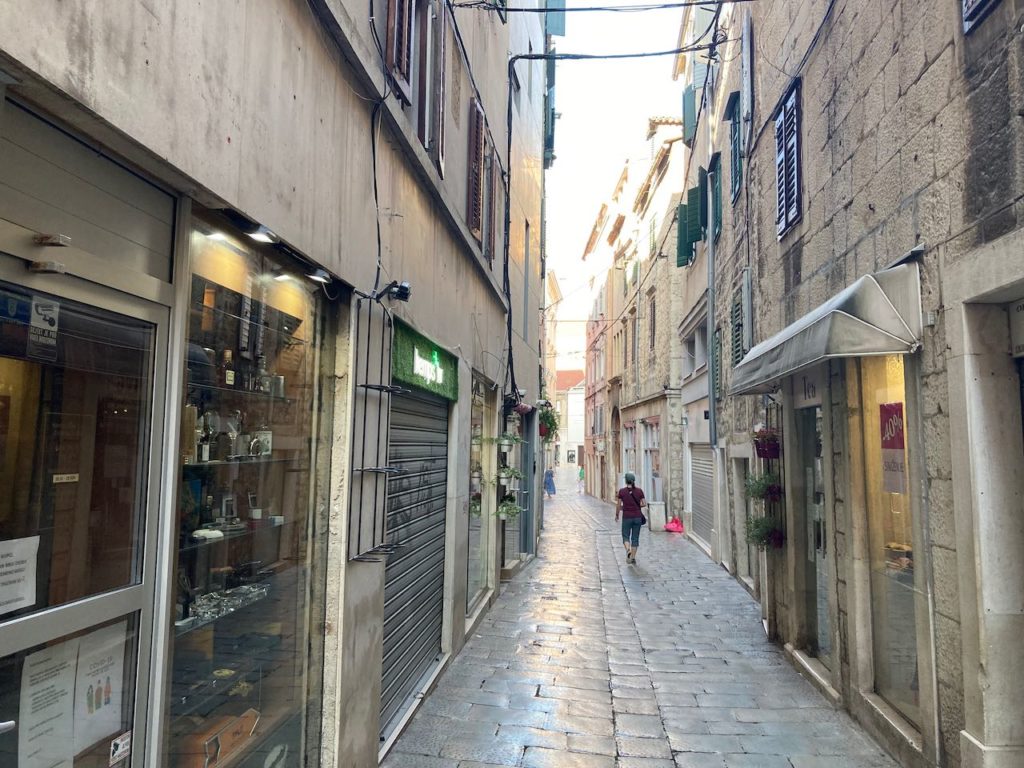 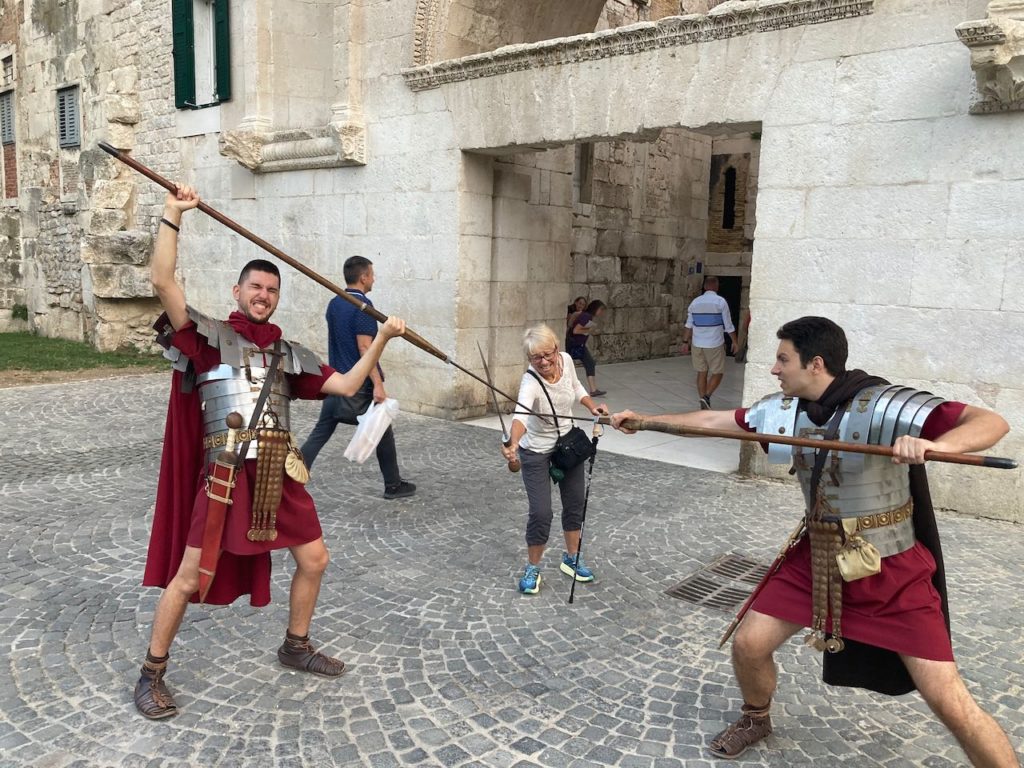 Thanks for reading! Stay tuned for the next update, when Witt and Quinn go ATVing and the whole family heads to Hvar Island!