Traveling Well with Others 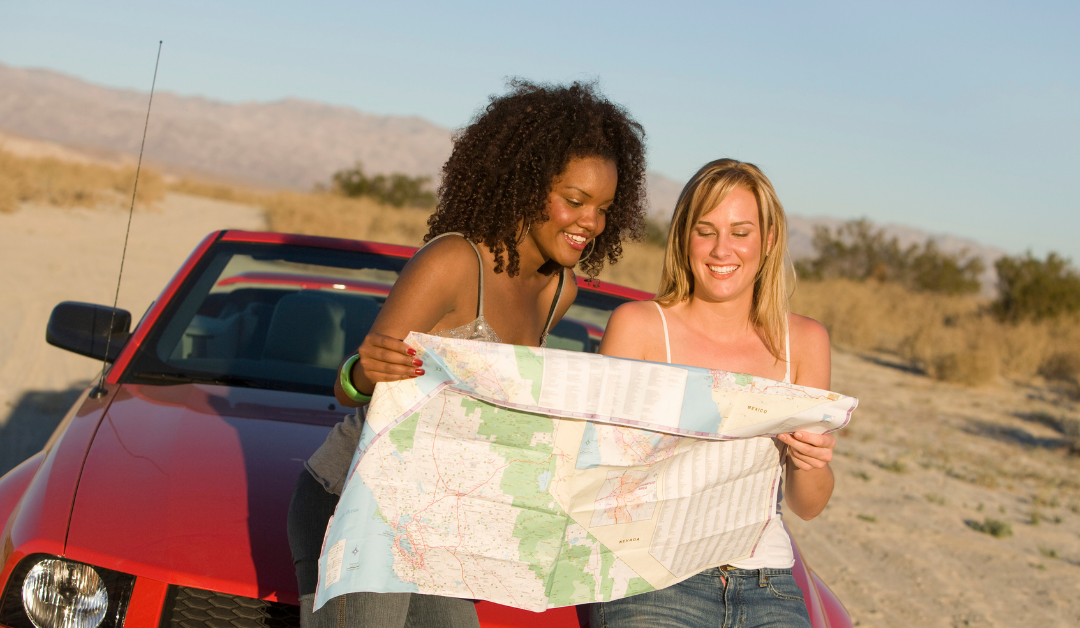 Meeting fellow travelers on the road is always fun. Preparing meals together at campgrounds and sharing stories over the campfire is one of the things we always look forward to during our travels. If schedules and interests intersect travelers will sometimes team up and spend time traveling together. Sometimes this is simply because people become friends and like spending time together. Other times it is because travelers want to tackle a remote or difficult route and having two or more vehicles increases safety in case of a breakdown. For difficult off-road routes, having more than one vehicle makes recovery much easier should someone get stuck.

Helping another traveler in Gabon

When we traveled in Africa, the political situation at the time required that we change our plans and take a relatively unknown route down the West coast of the continent. At the time only a few travelers had been through Gabon, the two Congos, and Angola recently. We met two other groups online who were contemplating the same route and we made plans for a rendezvous in Gabon before setting off to cross these countries on our way to Namibia. Eventually, another French couple joined us, making us a group of five vehicles, 11 people, and one large dog.

Psychologically this gave us a sense of safety in numbers. Crossing through these regions as a couple in a single-vehicle would probably have been much more stressful. We had a good time and, although we only spent a few weeks together as a group, we’re still friends with these people nearly 15 years later.

Having successfully reached Namibia together, our fun travel group poses for this one last photo before going our separate ways.

In it for the Long Haul

Teaming up with others for short sections, or for as long as everyone is having fun, is the best way to travel as a group. Traveling as a group for an entire trip is much more difficult.

It’s been said that a good test for a couple’s compatibility is whether they can travel together. Travel gets people out of their comfort zones. Different cultures and foods, uncomfortable and crowded buses as well as trains and dodgy lodgings bring out the best and worst in everyone.

Traveling overland as a group is like being in a close relationship. Different people have different ideas about how they want to live and travel. One person might want to sleep in while another wants to be on the road early. Different ideas about what to see and when and how often to stop can make long-term group travel difficult.

Bush camping with friends in the Republic of Congo

If you do decide to set out with another person, couple, or family, make sure that each vehicle is independent. Each party should be willing and able to split off on their own for any reason at any time, and the other part of the group needs to be completely comfortable with that.

Difficulties arise when travelers feel bound to each other. This can be for a number of reasons. Some may feel they lack the mechanical knowledge they need and are reliant on another member of the group to keep the vehicles running. Another person may feel that they need the perceived safety of being in a larger group.

When this happens seemingly small differences in travel and living preferences can become amplified until they tear at the fabric of even close and otherwise enduring friendships.

Sharing a meal with friends, Jeff, Rick and Letitia in Colombia.  We all traveled separately (in 3 groups) but, as we were traveling along similar routes, we met up together on several fun occasions.

Take Breaks from Each Other

When traveling long-term in a group, planning for separations early on can help all parties feel more independent and give everyone a much-needed break. Split off for a few days or weeks while one part of the group goes hiking and the other visits the beach.

I’ve heard of a few instances in which two couples had planned to set off together in a single-vehicle. While this can reduce some trip costs, it ties everyone even more closely together. Anyone who has been in a long-term relationship understands how difficult they can be at times. Imagine being married to not just your spouse but to two other people as well!

Although it can be sad saying goodbye to new friends as you each head your separate ways, it’s much worse to allow the “group” to take precedence over the friendship. Embrace the group for as long as everyone is having fun, but always be willing to head off on your own. Even though it might be years later, the re-union of travel companions is always a sweet one.

Traveling with our friends Melanie & Justin in Ecuador (& then Peru).  We had an absolute blast traveling with them.